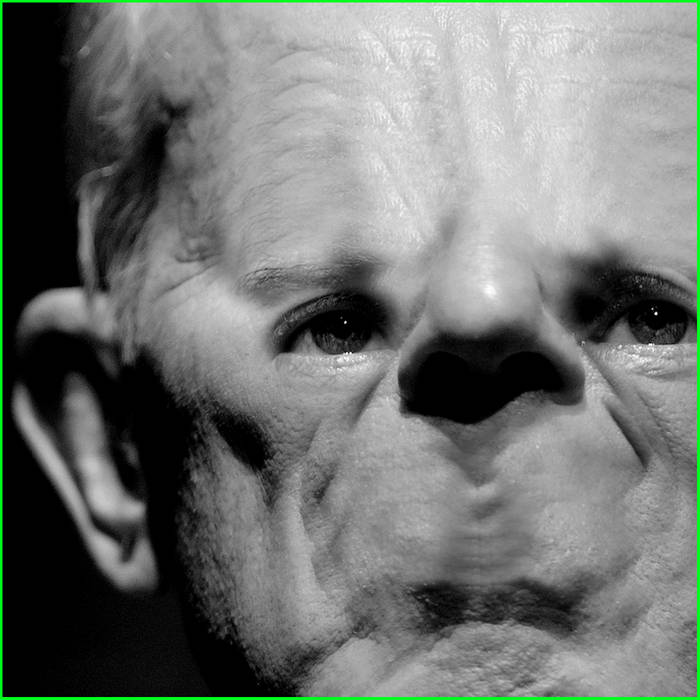 Jonah...David Jones.... I was pleasantly surprised at how Medieval it sounded ...Love this & others By our Andrew ....Plus hes a dish best served Hot....

A foray into modernist composition adopting influences from the vanguard of 50's and 60's Avant Garde, The Power Elite showcases Liles’ talent at crafting truly original art. The conceptual nature of this release concerns itself with the impotence of the masses living in the shadow of military, economic and political institutions. The Power Elite was Liles’ second release for Steven Stapleton’s United Dairies label.

”…exquisitely complex, peculiar and pensive themes that commiserate the perversity and sheer villainy of the 21st Century.” – The Quietus

THE QUIETUS
The picture the prolific Andrew Liles paints on The Power Elite is not an uplifting one either, but one whose dread and despair is devilishly dramatic and thoroughly vindicating. Starting off with a collective wailing and then sliding into a disconcertingly warped noir theme, it lumbers warily forward into a hellish landscape applied from a largely orchestral palette.

Though still deploying the unexpected and twisted musical dioramas that Liles excels at, The Power Elite neither summons a phantasmagoric world, nor mines our subconscious. Instead, it is situated in the very real present day. The elite of the title, though once the subject of conspiracy theories, are the now accepted “military, economic and political institutions” whose insidiously cultivated and seemingly irreversible system protects their status while the rest of society wilfully aspire to touch their hems. Knowledge of this contemporary, legitimate concept, although not essential, makes the soundwork even more chilling.

Developing his unique command of avant-garde composition showcased across the temporal experiments of his four-part Through Time series, here Liles corrupts the doomy toll of church bells alongside stern themes on treated piano and bowed instruments with whirring percussion and nightmare choirs. Their repeated contortions are as if heard on the brink of anaesthesia as Liles peels back his sound sources to expose the signals of a pervasive authority brainwashing its subjects. Together they form exquisitely complex, peculiar and pensive themes that commiserate the perversity and sheer villainy of the 21st Century. (RC)

BRAINWASHED
I cannot pretend to keep up with Andrew Liles’ overwhelmingly voluminous solo output, but I pounced on this album, as it seemed significant that the generally dormant United Dairies label had reawakened to bestow its imprimatur upon this opus. Happily, my instincts proved to be unerring (as usual). United Dairies is the perfect home for an album as aberrant as this one: while Steven Stapleton has described it as “a masterpiece of modern contemporary composition” and Liles ostensibly drew his inspiration from the ’50s and ’60s avant-garde, The Power Elite more accurately sounds like a prolonged nightmare taking place inside the rusted machinery of a clock tower. This is easily one of the year’s strangest and most adventurous albums.

Although its musical inspirations look reverently backwards, the conceptual inspirations behind The Power Elite are grimly contemporary, abstractly conveying “the impotence of the masses living in the shadow of military, economic and political institutions.” Much like a Merzbow album, however, that conceptual inspiration does not manifest itself all that obviously in the actual music (other than making it clear that this album is dark for a reason). Still, it is nice to know that NWW are united in their opinions on the state of the world (Dark Fat was dedicated to “psychopathic scumbag individuals, regimes and corporate filth”). For the most part, The Power Elite just sounds hallucinatory and hellish, though whether it represents the living nightmare of the masses or the imagined Boschian future hell of the damned architects of our current state is anybody’s guess (perhaps both?). There is a smattering of earthbound touches like distant church bells throughout the album, but the warped and pitch-shifted voices of “Artificially Induced Consciousness” definitely lie the otherworldly place between “bovine” and “demonic.” Incidentally, “Artificially Induced Consciousness” is one of the most impressive and fully realized pieces on the album, beautifully weaving a queasily dissonant reverie that sounds like an infernal barnyard full of out-of-tune, fitfully operational music boxes.

While a few of the other pieces are distinguished by the aforementioned voices or bells, the overall aesthetic of The Power Elite seems to be one of overlapping plinking and pointillist strings and discordant strums. It sounds like Liles’ arsenal consisted primarily of music boxes and rusty, out-of-tune harps, but he could have been plucking at the guts of a heavily modified piano as well. In any case, the overall effect is quite a disorienting one of rippling, layered dissonance occasionally embellished by unintelligible voices or distantly chiming bells. The only real classical avant-garde reference point that I can think of is Morton Feldman, as all of the pieces here bleed together to create a sustained and simmering uneasiness. Unexpectedly, however, there are few departures from that aesthetic near the end of the album. The first is “Affluenza,” which seems to employ bowed strings to achieve something almost melodic, though the primary emphasis is still upon texture and harmonic overtones. Much more dramatic is the following “The Iron Law of the Oligarchy,” which collages layers of sampled operatic sopranos with a dissonant piano performance and something that sounds like someone having a laser battle in a pigpen while strangling a balloon animal. It is probably safe to say that I will not use that description for any other albums this year. Near the beginning of the album, “Horatio Alger Myth” is also a bit of curveball, converging into a sickly assemblage of woodwinds and brass for a very wrong-sounding fanfare.

If The Power Elite has any real shortcoming, it is merely that only “The Iron Law of Oligarchy” strongly stands out as an individual piece. In the wrong light, it might seem like Liles is endlessly recycling the same ideas for the majority of the album, but it seems like a conscious and sound aesthetic decision from where I am sitting. If the album lacks in distinct peaks, it more than makes up for it with its masterfully sustained mood and seamlessly flowing arc. Also, for a symphony of utter wrongness, The Power Elite is surprisingly listenable, as it never feels particularly jarring or heavy-handed at all. While it is definitely uneasy listening in the extreme, I cannot say that I have ever heard anything else quite like it, which makes it a bit of a minor masterpiece and very likely to be the strongest release to come from the NWW camp this year.

BOOMKAT
Utterly riveting modernist composition by NWW’s Andrew Liles, twisting influence from original ‘50s and ‘60s avant garde pioneers into a conceptual suite concerned with “the impotence of the masses living in the shadow of military, economic and political institutions”, and suitably sleeved in pictures of Tony and Cherie Blair before make-up (or after the mob gets ‘em).

Using a range of sonic signifiers for power, oppression and gloom such as church bells, blackened minor key baroque themes and deflated, limpid choral discord, each diffused and smeared across the stern field in a toxic miasma, Liles conjures a feeling of deep, pensive unease that strongly resonates with his conceptual intent in The Power Elite.

In typical NWW or Liles fashion, the suite proceeds seamlessly thru the gloom with scarcely any handrails to guide the way, and the ones that do appear tend to dissolve with warning, leaving his spectrally diaphanous, morphing projections as the only source of light to cling onto.

With discomfiting effect, he queasily emulates a state of submission and helplessness, allowing sounds to wash over the listener in a stilted, curdling flow of disjointed information, perhaps requiring the listener to act as non-passive impedance or resistance in order to properly process his aesthetic as rhetoric.