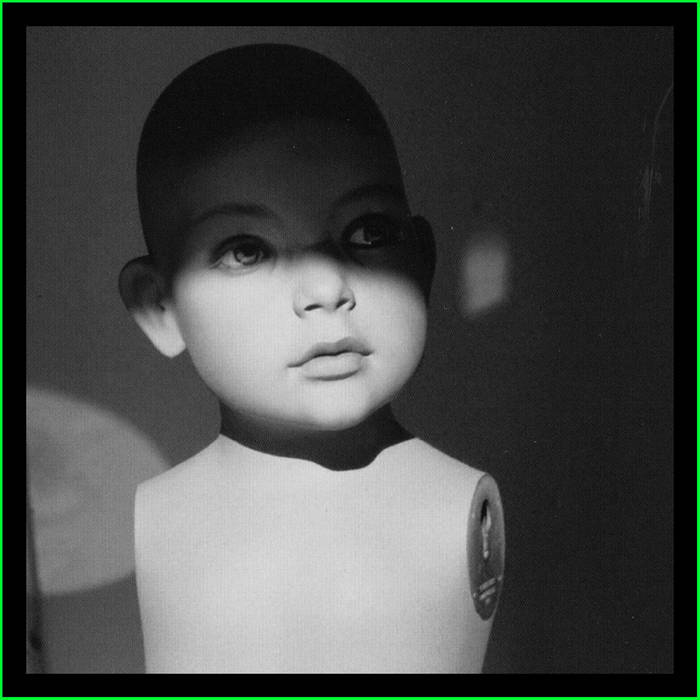 Was Ist Das? Was a bit wary after hearing really shit binaural mixes of Motorhead but the price was right and I was missing this album from my collection anyway, so gave it a whirl. Damn glad I did. Fantastic album and the binaural mixes really are the fucking business when you have your headphones on. Favorite track: STRAIN (BINAURAL MIX).

This complete download version of ALL CLOSED DOORS contains the original 2003 mix of the album, an enhanced 2011 mix and 3 bonus tracks.

Bonus tracks SPECKTRAL I, II and III were recorded at the same time as ALL CLOSED DOORS.

The enhanced 2011 mix is remastered and has been adapted into a binaural mix. The result of the binaural mix should spatially transcend normal stereo, since it can accurately reproduce the effect of hearing a sound in person, given the 360° nature of how human ears pick up nuance in sound waves. Binaural recordings can convincingly reproduce location of sound behind, ahead or above. Any set of headphones that provide good right and left channel isolation are sufficient to hear the immersive effects of the recording and anyone who has even a cheap set of headphones can enjoy these recordings.

REVIEWS
Brainwashed
The art of the sound collage and drone music has a group of key members. Mirror, Christoph Heemann, Andrew Chalk, William Basinski, and perhaps just a few more are known and loved and create music that invokes images from other worlds; be those images frightening, sublime, or esoteric, it is impossible to deny their visceral impact. Andrew Liles has been added to that list of elusive and wonderful musicians with this release. From the first moment All Closed Doors submerges me into a universe I'm unfamiliar with and perhaps slightly scared of. Furniture drifts through the air, children laugh and disappear down long hallways, shadows scream and laugh at each other when there is nothing to cast them, and the echo of something ancient pours down over me in the form of a vacant sky. The impact of Liles' sound worlds on this disc is unavoidable, his imaginative and spectral cadences whisper and glide through the air in ways that effect the brain; scary stories are told without the aid of a voice, heaven spills over from the speakers into the room even though such a thing is unthinkable. There's a strange light that bounces and reflects off of everything in this world; there are oceans of singing fish and mountains bellowing their hate onto the helpless below. I can't stop coming up with images, it's as if my mind is flooded with an invisible light that forces it into overdrive, into a creative process that can't stop, that wouldn't stop if the album didn't end. Very rarely do I find an album so immediate and compelling as this; I often have butterflies while listening to it. It is perhaps the equivalent of a sexual release extended over fifty minutes of sound. None of the overtly sexual material from Liles' Aural Anagram/Anal Aura Gram is here, but there's that mysterious and ancient something looming over the whole of this release. It's a tension that can't be avoided, a physical tension created in the presence of an erotic and secretive resonance. - Lucas Schleicher www.brainwashed.com